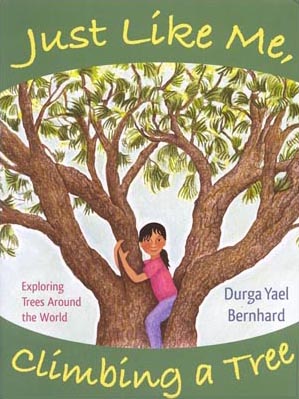 I’m pleased to announce the publication of my newest book, JUST LIKE ME, CLIMBING A TREE, just published by Wisdom Tales Press.  The subtitle reads “Exploring Trees Around the World”, but the book is equally about the kids who climb them – kids just like me when I was a girl, and loved to commune with nature.  Not the nature of soaring canyons and majestic mountains, but of the small world of a child’s perception.  JUST LIKE ME is a rhyming poem about kids everywhere as they discover the tactile world of trunks and leaves, bark and fruit, flowers, birds, and insects.

I’m doubly pleased to announce that this book is accompanied by a song of the same title – a delightful one at that, recorded by Storie Laurie, a renowned children’s musician and friend from the other side of the Catkill Mountains where I live.  Laurie and I have long wanted to collaborate – and this will surely not be the last time.

Click here to watch an awesome trailer of the book and song! (scroll down to find it) 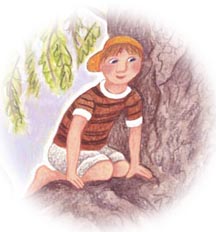 JUST LIKE ME is for people just like you – and your child.  There’s something all children have in common, and that’s wonder.  All children are curious about trees, and drawn to the sanctuary of welcoming limbs that hold them in the peaceful arms of nature.  Climbing trees comes naturally to little hands and feet, and many children seek refuge in trees.  It is important for children to know they’re all alike in their most basic desires – including the need for a sanctuary. 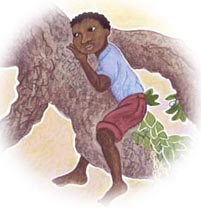 The seed of this book was planted in me as a child many years ago, when I was given Walt Disney’s 1964 LP record  “It’s a Small World After All.”  After all what?  The Sherman brothers wrote the lyrics to this timeless classic in the wake of the 1962 Cuban Missile Crisis.  The song carries a message of peace and international unity to this day. The children of Russian Jewish immigrants, the Sherman Brothers also wrote such popular songs as Mary Poppins, The Jungle Book, The Adventures of Winnie the Pooh, Chitty Chitty Bang Bang, and Charlotte’s Web… all of which influenced me as a child. 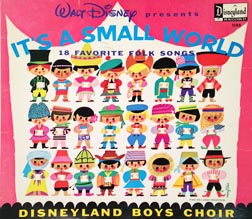 The cover of It’s a Small World especially made an indelible impact on my young mind.  I loved the naive and graphic tapestry of colors.  A rainbow of doll-like ethnicities smiled at me in neat rows, or waved from the basket of a hot-air balloon.  Up, up and away went my childish imagination as I sang the words over and over.

There’s so much that we share
that it’s time we’re aware
it’s a small world after all . . . 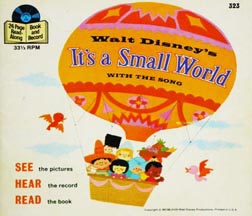 Two generations later, I want to bring children the same message: recognition of our common human nature.   May this book find its way into the hands of children who are taught otherwise, and need this message so badly.

We are all the same, in all different ways has been an underlying theme of all my multicultural books – as well as the residencies I’ve taught in elementary schools – but never before has it applied to trees.   Trees, too, have much in common in all their biological diversity.   In the back of the book, more information awaits readers who want to learn more about the twelve distinctive species of trees they have just visited.  Scientific, cultural and historical facts make up a paragraph for each tree that parents and teachers can share with young children, or that older children can read by themselves.   Did you know lychee nuts are really fruits?  Or that the fiber of the Kapok fruit pod has been used to stuff life jackets?  Find out how the Silk Road got its name, or what the oldest trees on earth are.

I thoroughly enjoyed learning about the subjects of this book – both people and trees – and I hope you will too.  You can find JUST LIKE ME on Amazon, where the first reviews have already been posted.  Signed copies may be ordered through my webstore.  If you don’t have children, consider donating a copy to your library!  And don’t forget to visit Story Laurie’s website, where you can find the song.  JUST LIKE ME, CLIMBING A TREE is a small world of discovery and celebration of both diversity and unity.

MULTICULTURAL BOOKS WRITTEN AND/OR ILLUSTRATED BY D YAEL BERNHARD:
JUST LIKE ME, CLIMBING A TREE: Exploring Trees Around the World – new!!
WHILE YOU ARE SLEEPING: A Lift-the-Flap Book of Time Around the World
A Children’s Book Council Notable Book for Global Awareness
AROUND THE WORLD IN ONE SHABBAT – A Sydney Taylor Honor Book
A RIDE ON MOTHER’S BACK – An American Bookseller Assoc. Pick of the List
HAPPY NEW YEAR – New Year’s Traditions Around the World 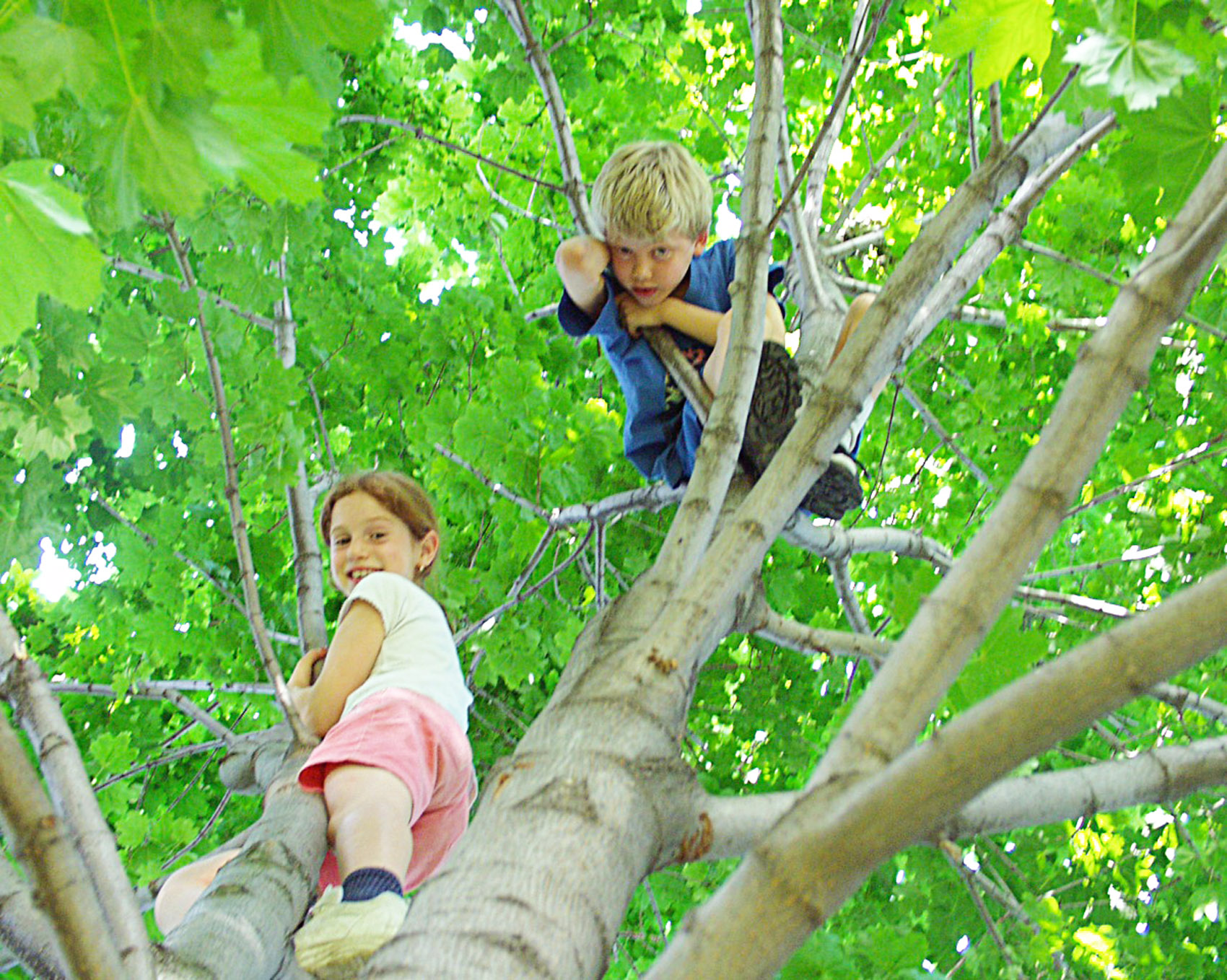