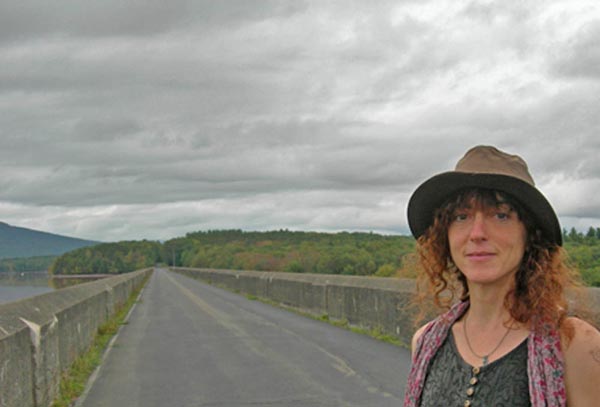 If you live in the mountains like I do, you don’t see a straight road like this very often.  If you see one, you know the very ground under it has been sculpted by human hands, like this massive embankment of the Ashokan Reservoir, which was filled beginning 100 years ago, in 1912.  It took two years to fill the reservoir.  My friend Ellen Miret, an accomplished artist who works in glass, took this photo one year ago while we were walking there.

As a painter and illustrator, the road I walk is very different from that of an artist like Ellen.  My work is relatively small, and is often published in books or online.  Ellen creates huge architectural installations in glass, often for churches and synagogues.  But we are both artists trying to reach a goal:  enough success that our artwork can be profitable enough to at least partially support our families, and its own creation.

In an effort to make our art accessible to collectors and clients, we often have to draw lines that define how we work.  Yet by its very nature, artistic expression defies boundaries, and it evolves.  I veer back and forth between fine and commercial art all the time, drawing upon many of the same drafting skills and sense of design for both endeavors.  Can artists simply erase the lines that separate different categories of visual art?  That is a question that many an artist ponders, and probably no two would give the same answer. 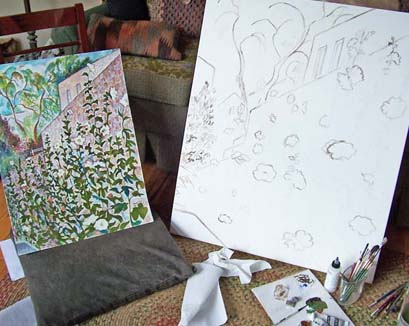 Sketching out a complex cityscape on canvas after completing a color study on paper.

These photos show two of my recent paintings in progress.  One is a cityscape in modern Jerusalem, painted in acrylics on canvas.  The other is an illustration of the hold of a slave ship en route from West Africa to  South Carolina four hundred years ago.  In the former case, I worked up sketches on site, followed by a painted color study on paper, before beginning the final canvas.  For the latter, I worked from a collage of photographs copied from library books and online sources.  The process is much the same in both cases – rough sketches followed by tighter drawings which are then transferred to the final painting surface.  Yet there is a difference.  Illustrations are dictated by an assignment; freedom of expression exists only within a fixed structure.  Fine art can be inspired by anything, and comes from the heart, bowing only to the rules that determine its own visual cohesion.  Illustration demands accuracy and thoroughness, while fine art is subjective, and allows for experimentation.  Too much experimentation, however, can be the straightest road to failure. 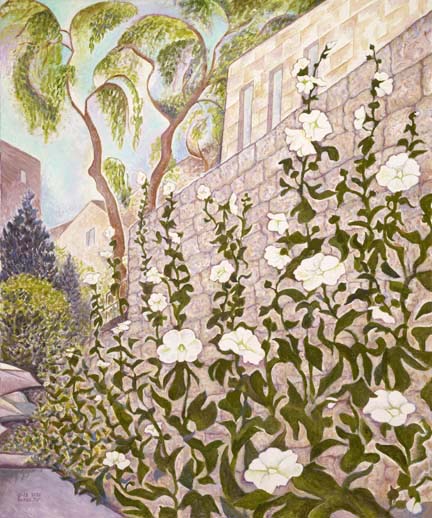 If you haven’t visited the recently-updated gallery section of my website, I invite you to do so.  There you will find both fine art and illustration happily coexisting.  I like to blur the line between them, bringing structure into fine art and trial & error into commercial art as much as possible.  Sometimes this slows down my work as an illustrator, but I think it also brings fresh ideas to a process that can become too formulaic.  A little tangent can be worth the extra time.   As an editor I worked with years ago once put it, “sometimes the shortest path between two points is not a straight line.”

“I can’t even draw a straight line“, people who think they can’t draw often say.

Neither can I – without a ruler. 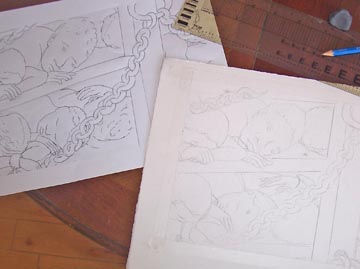 After being approved by the publisher, this sketch has been transferred to 140-lb watercolor paper for final painting. 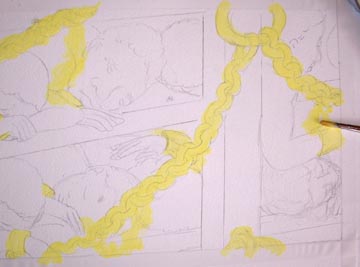 Light colors are applied first – in this case, heavy chains that bind the slaves to their cruel quarters. The publisher liked the dramatic close-up view. For me, the diagonal angle of the image and the unusual perspective of the figures’ heads was challenging, but worth the extra effort. 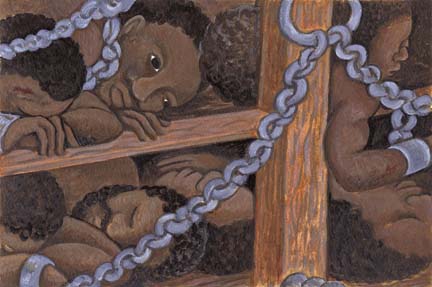 The final illo.   Note the publisher requested that the chains be changed from bronze to iron. Such changes are common, as the images themselves provoke questions of historical detail that must be researched.

My life as an illustrator: a display table of my books at a recent book fair in a local school. 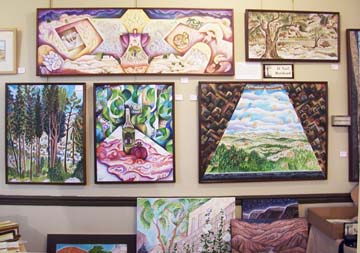 Is this the same artist? My section of a group exhibit last week in Kingston, NY, showing landscapes, still lifes, and other fine art paintings.

Happy Autumn to all! 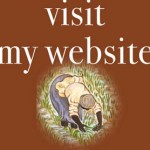