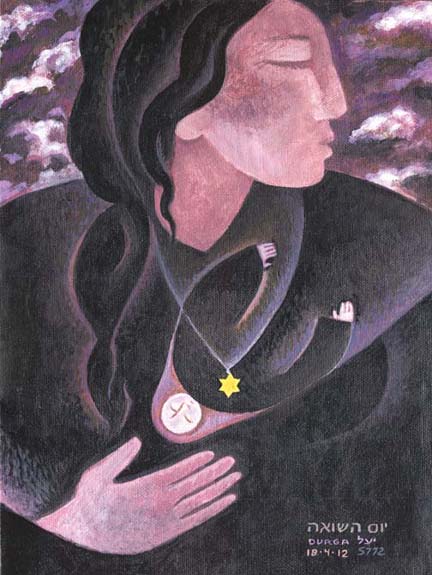 Today is “Holocaust and Heroism Remembrance Day”, known colloquially in Israel and abroad as Yom HaShoah or Holocaust Day.  Today, not only the millions of victims who perished are remembered, but also the heroes who tried to save them.

This painting came to me four years ago, and has patiently waited as a pencil sketch in the black sketchbook I carry around ever since.  My responsibilities often preclude time for personal artwork, but this year I was determined to bring this image into form. 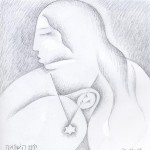 So I cast my deadlines aside for a day and stayed up late for two nights.  Here is the result.  This painting commemorates my grandmother’s kin, Hungarian Jews who were murdered in the Shoah, as well as countless millions of Jews and many others who have suffered and died in pogroms and holocausts throughout the ages.

The star I wore as a shiny trinket around my neck as a child was a yellow patch that meant death in my grandmother’s youth.

I offer here as well several photos I took on the grounds of Yad Vashem, the Holocaust Memorial Museum, in Jerusalem last summer.   Yad Vashem has a beautiful sculpture garden, decorated with pebbles and watered with tears.

Today is also a day of remembrance for my father of blessed memory, Jack Bernhard, who would have turned 85 today. 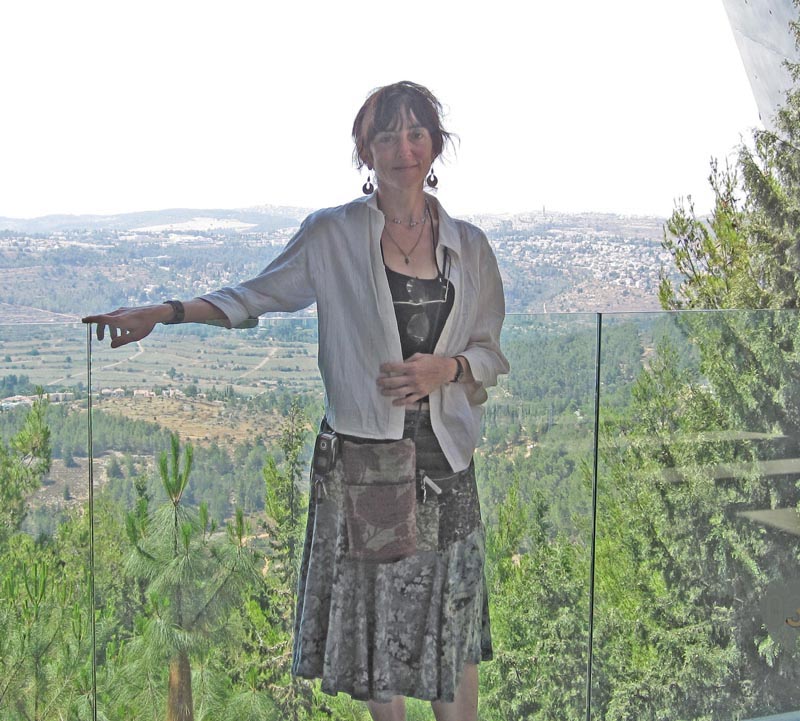 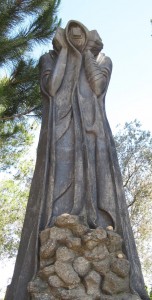 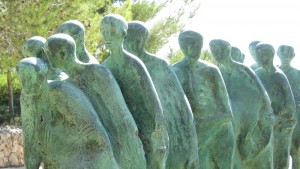 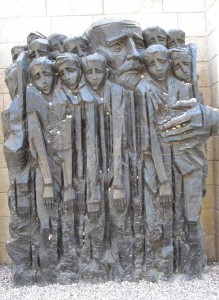 This sculpture commemorates Janusz Korczak, a Polish doctor, teacher, and author who was murdered at Treblinka in 1942 along with 200 children from his own orphanage.