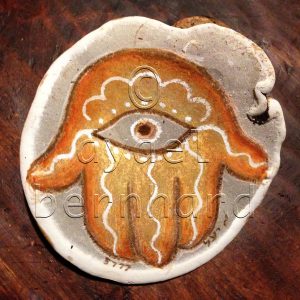 Back in October I went on a very special hike.  For the past nine months, I’ve been tutoring a young man in the musical cantillations that he needed to learn for his bar mitzvah.  Jonah was assigned a passage of the Hebrew Bible that corresponds to his birthday.  We read and studied and sang the passage together, which includes several stories.  In one story, Abraham hears the voice of God, who tells him to climb a mountain.  So we decided to climb a mountain as one of our study sessions.

Assorted friends and family joined us, making a small group.  On a brisk October day, we climbed to the top of North Mountain here in the Catskills.  We had breathtaking views from the top, of North Lake, South Lake, and the dramatic escarpment that drops down to the flat lands along the Hudson River, which lay like a silver ribbon in the distance.

Along the trail, we talked about how people traveled on foot in Biblical times, and the enormous faith that Abraham carried with him.  Jonah brought a basket for gathering wild mushrooms.  Among his finds was a precious “artist’s conk” – a white, suede-like shelf fungus that makes an exquisite painting surface.  To my surprise, he gave me the conk as a gift at the end of our hike.  I was most honored.  I’ve painted on organic surfaces before, such as birch bark, deer skin, and special rocks.  This mushroom presented a new opportunity, and a rare one.

The surface of the conk already had a brown dot in the middle.  Any mark made on the surface could not be erased.  So I thought about the “art tests” I was given to do in elementary school, in which we had to build a drawing around an existing line or shape.  The dot on my mushroom became the center of an eye.  The eye became the center of a hamsa, a palm-shaped symbol that is popular as a sign of good luck in Israel, and throughout the Middle East as protection against evil.  “Hamsa” means “five” in Arabic, in this case signifying the five fingers of the hand.

I’ve always loved hamsas.  They’re found all over Israel, in endlessly varied designs, as jewelry and pendants of all kinds.  All are fashioned as an open palm with an eye in the middle.  To me this symbolizes our human nature with the light of divine awareness at its center.  With its organic shape and smoothe, chalky surface, this mushroom seemed like the perfect place for a hamsa.

Yesterday I wrapped the hamsa mushroom in tissue paper, and added it to the small bag of gifts I had chosen for Jonah on the occasion of his bar mitzvah.  He did fabulously well.  I was honored to be a tutor and mentor to such a fine young man.  I hope he likes it.  May it bring him good luck!

Wishing all my readers a good week and a happy Thanksgiving!

D Yael Bernhard
http://dyaelbernhard.com
Author / Illustrator of
THE JEWISH EYE 2017 / 5777 Calendar of Art
THE LIFE OF AN OLIVE – New!! Explore the life of a 2000-year-old olive tree
JUST LIKE ME, CLIMBING A TREE: Exploring Trees Around the World
NEVER SAY A MEAN WORD AGAIN – A Publisher’s Weekly Starred Review;
winner of the Sydney Taylor Award and National Jewish Book Council Award
THE DREIDEL THAT WOULDN’T SPIN – A Toyshop Tale of Hanukkah
WHILE YOU ARE SLEEPING – A Children’s Book Council Notable Book
AROUND THE WORLD IN ONE SHABBAT – A Sydney Taylor Honor Book
A RIDE ON MOTHER’S BACK – An American Bookseller Assoc. Pick of the List
– and more!
This entry was posted in Image of the Week, Jewish Learning and tagged hamsa. Bookmark the permalink.