I’m proud to announce the publication of my newest picture book, The Life of an Olive, published by HelioTween Books.  This special book is the culmination of seven years of research, writing, and illustrating.  It is my fourth book that focuses on a single tree (other titles are Earth, Sky, Wet, Dry; Just Like Me, Climbing a Tree; and The Tree That Rains).

I first saw an olive tree in the middle of an intersection in the south of France.  It was my first trip to Europe at the age of 18.  Immediately I was struck by the tree’s unique character.  Here was an individual creature, sculpted by time into amazing organic forms.  To paint such a tree, I thought, would be to paint a portrait.

Study of olive trees in the northern Galilee, 2011

Years later, I visited the Galilee in northern Israel.  There I learned how much the history of Western civilization has been shaped by these bountiful trees.  For thousands of years, olive trees have provided oil for light, for food, for anointing kings and beautifying queens.  The fruit is pickled and eaten; the pits and fiber mash left over from pressing provide valuable cooking fuel.  The wood makes excellent carved utensils, and the leaves provide crucial medicine that wards off viruses, bacteria, and parasites.  The roots, with their mysterious ability to regenerate, provide this tree (if properly pruned) with a lifespan that stretches to two thousand years or longer.  Thus olive groves have been planted as an investment and an asset by pioneers and noblemen; and have survived the rise and fall of whole civilizations.  King Solomon traded olive oil for the cedars of Lebanon that supported the walls of the First Temple, built in Jerusalem in the sixth century BCE.  Four hundred years later, the Maccabees who fought against Greek tyranny used olive oil to rededicate the Second Temple.  The modern state of Israel has an olive branch and a menorah (which burned olive oil) as its national symbol.  What better witness to the unfolding of history than this humble, ancient tree? 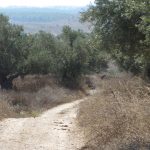 With all my books, I try to engage with my subject matter physically before I start the first sketch.  So in 2009, I visited an olive grove in Israel, and learned about the different species of olive trees.  Two years later I visited an olive press in the Galilee.  In 2012, I participated in the olive harvest, picking olives at a kibbutz between Jerusalem and Tel Aviv.  In 2013, I went back to the olive grove and learned how to prune – the most important job in caring for an olive tree. 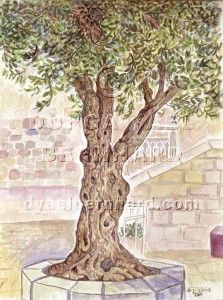 I also took my 11-year-old daughter to Jerusalem, where we visited numerous historical sites.  I shared my travels with my students (ages 8-12) at two synagogues where I have worked as a teacher of Judaic studies, beginning Hebrew, Torah cantillations, and arts-in-ed.  Finally as the snow fell in the winter of 2014, I spread out over twenty books on my living room floor for reference, and started to write and draw.

As a children’s book author and illustrator, I’ve always believed in using pictures to teach.  As the mother of two daughters and a son, I’ve witnessed my own kids – and hundreds of children who I’ve taught in arts-in-ed programs – continue to use picture books long after learning to read.  I believe the pictures in The Life of an Olive will carry my readers well.  Targeted for children age 7-12, this is a book about both biology and history which  children can return to again and again, learning as they grow. 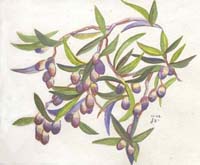 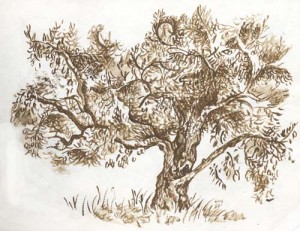 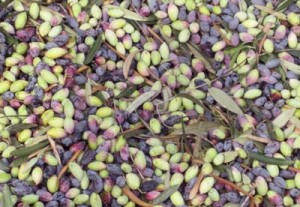 Olives of many colors, Kibbutz Gezer 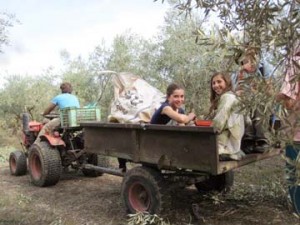 My daughter and her friends en route to the olive press 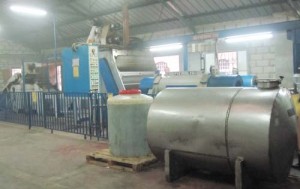 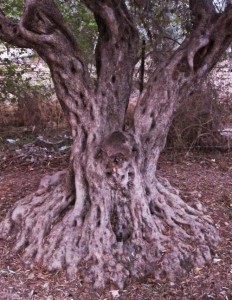 While I always harbor a certain affection for the subjects of my books, this one has taken a special place in my heart.  I sketched and dozed and daydreamed in the olive grove after the other pickers went home, soaking up the fragrant and peaceful atmosphere.  I read everything I could find about olives.  I collected photos of ancient olive trees, and painted studies of olive trunks, olive bark, olive leaves, and olive fruit ranging from green to purple to black.  I brought olive leaves home and made medicinal extracts and teas.  And I made friends with olive growers, olive pickers, and lovers of Mediterranean cuisine that makes olive oil the center of what may arguably be the healthiest diet on earth.

Many people have asked how I chose the location of the olive tree in my book.  Why the northern Galilee?  Why not Jerusalem, the heart of Israel?  Well, the answer is threefold: 1) the area I chose has remained a place of unbroken Jewish habitation (even if sparse) throughout the last two thousand years, simplifying the story for children; 2) a rural location affords more interaction with wildlife; and 3) the name of the place is fitting: Ein Zeitim (עין זיתים), or “fountain/source of olives” (learn more about this interesting place in the “Facts About Olive” section at the back of the book).  Plus, the word “ein” in Hebrew is pronounced and spelled the same as the word for “eye [of]”, and comes from the same root.  My book strives to “see” the passage of time through the “eye of” an olive tree.  I like that.

Portrait of an ancient olive tree in the Garden of Gethsemane, Jerusalem 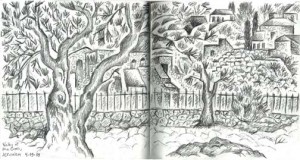 Olive trees in the Valley of the Cross, Jerusalem 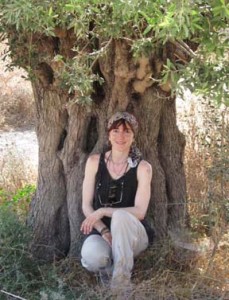 Under an ancient olive tree in the Galilee, Israel – July 2011 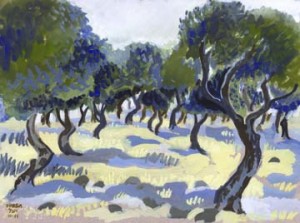 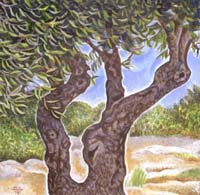 Study of an olive tree near the graves of the Maccabees, central Israel, 2009

I did dozens of sketches for this book, and spent hundreds of hours painting the final illustrations.  Truly, a labor of love.  Olive bark is wrinkled and convoluted, with fissures and holes that take time to articulate; its tiny leaves form a texture that is difficult to suggest without detailed drawing; and its color demands a subtlety of palette that is difficult to mix.  From January to June, I slowly worked my way through the story, bringing the olive tree from sprout to seedling to sapling to mature tree.  The olive tree survives the fires of the Bar Kochba revolt of 132CE; waits for the charred wood to be pruned by a Byzantine farmer in 370; provides refuge for a boy in the time of the Crusades; and becomes a resting place for a family fleeing the Spanish Inquisition.  Immigrants from Belarus pickle the tree’s olives in 1892, and in 1948, a young boy with binoculars witnesses the retreat of the British as the valley of Ein Zeitim becomes part of Israel for the second time in the olive tree’s life.

As the book closes, something is happening to the olive tree that has happened all its long life: people are gathered beneath its branches – talking, singing, and sorting through freshly-picked olives. 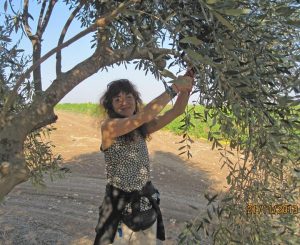 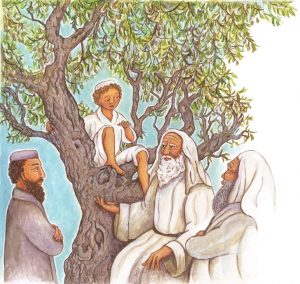 The olive tree is 28 years old in the year 100CE, as elders gather to debate in its shade.

THE LIFE OF AN OLIVE is available in paperback ($10.50) and in hardcover ($20) – through my webstore, on Amazon, B&N, Powells, or by request at your local bookstore.  Please request this book at your local library!  Many libraries will honor requests for educational books.

I hope you will enjoy The Life of an Olive as much as I enjoyed working on it! 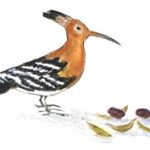 Illustration of a hoopoe, the national bird of Israel, with olive pits